There are 22 miles of Public Fishing Rights (PFR) along this large-sized, mostly open river.

There are 22 miles of PFR along the Otselic River with eight official PFR parking areas and numerous unofficial pull-offs used by anglers along Route 26, which parallels a large portion of the stream.

Both stocked and wild brown trout are present in the river along with some wild brook trout. Smallmouth bass and walleye can also be found in the lower section of river below Cincinatus. The most suitable trout habitat in the river is between Otselic and Cincinatus. A major portion of the fishing pressure takes place in this area during spring and early-summer shortly after the trout are stocked.

When fishing during the cold water periods of winter and early spring, concentrate on the deeper holes, fish slowly, and keep your lures and flies near bottom. Sometimes fishing during the midday period after things have had a chance to warm up a little also helps.

In early April the South Otselic crew assists with the Oneida walleye egg take. Adult walleye are captured using trap nets, fish are then brought inside the facility and sorted. 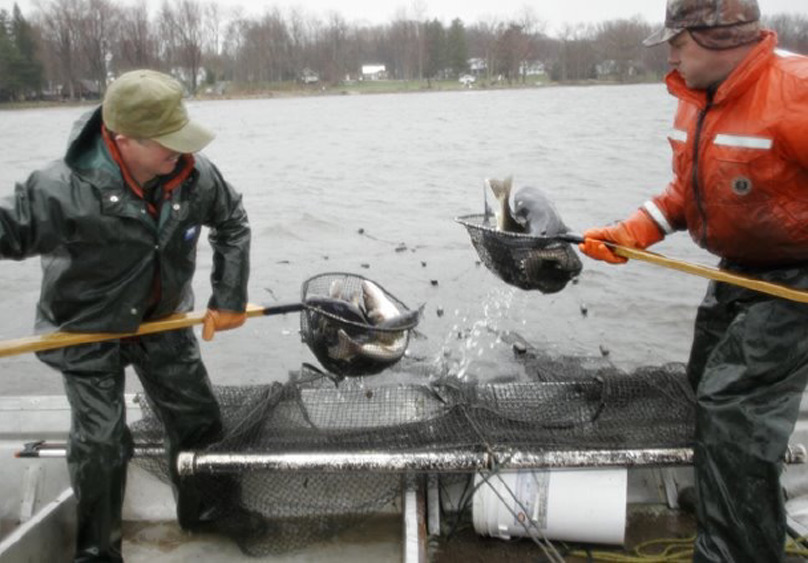 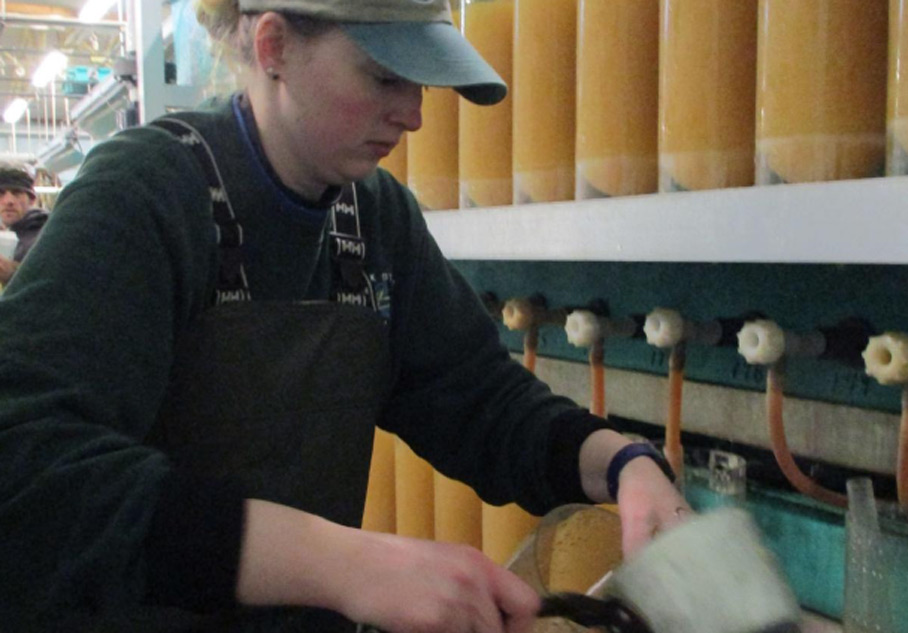 The Oneida crew then incubates the eggs in McDonald jars. Walleye eggs take an average of 21 days to hatch. Walleye are stocked in New York waters as either fry or 50 day old fingerlings. The regional fisheries biologists sample lakes to monitor success and determine which of the stocking approaches to take. Lakes where fry would be heavily predated on are generally stocked with fingerlings. One major predator of walleye fry is alewives.

Egg to fry: In early November trap nets are set for brook trout in the Adirondacks. The brook trout are spawned onsite and the eggs are transported back to South Otselic. Once at South Otselic, the eggs are measured in ounces to give us a rough estimate of how many eggs we have. After the eggs are measured, they are divided into incubation trays. The eggs will take roughly 50 days in the incubators to hatch. Every two days, the trays are checked. Dead eggs and fungus are removed from trays. Once the eggs hatch, sac fry emerge. Sac fry will stay in the trays for an additional 3 weeks until the yolk sack is absorbed. At that time the fry will be moved into rearing tanks. 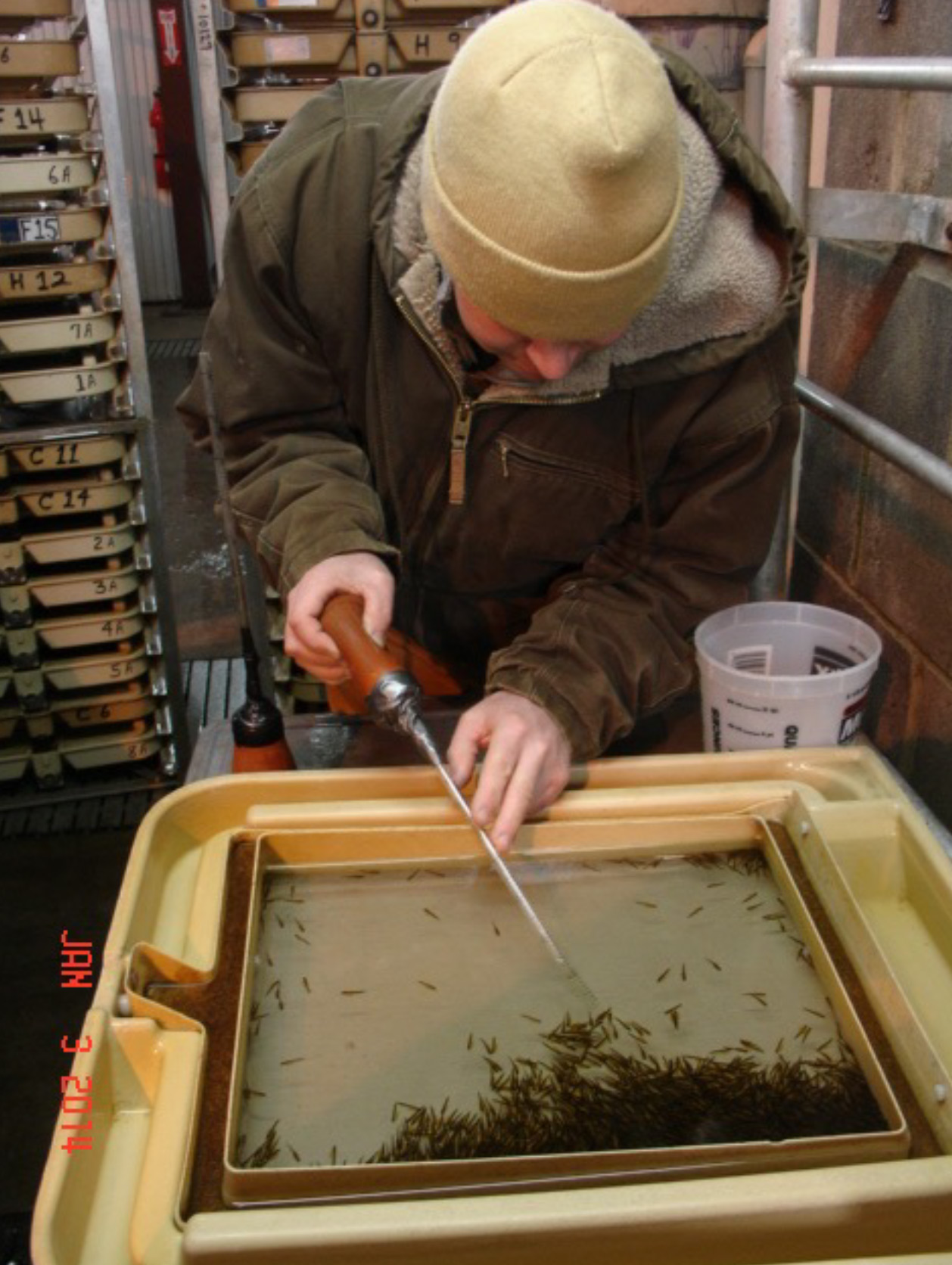 Fry to Fingerling: Tanks are cleaned once a day, waste is flushed from the tank. The feed is dispensed using belt feeders. Feeders are filled twice a day. If a tank becomes too dense, we will split fish into empty tanks. Once a month fish are sampled to find fish/lb. The results can be used to determine feed conversion rates, how much food should be feed, and overall weight of fish in the tank. Stocking: The Little Tupper strain are stocked as 4” fingerlings. The Windfall strain are stocked as 3” fingerlings. Both strains are stocked into remote waters in the Adirondacks. Some trout even need to be stocked via helicopter. 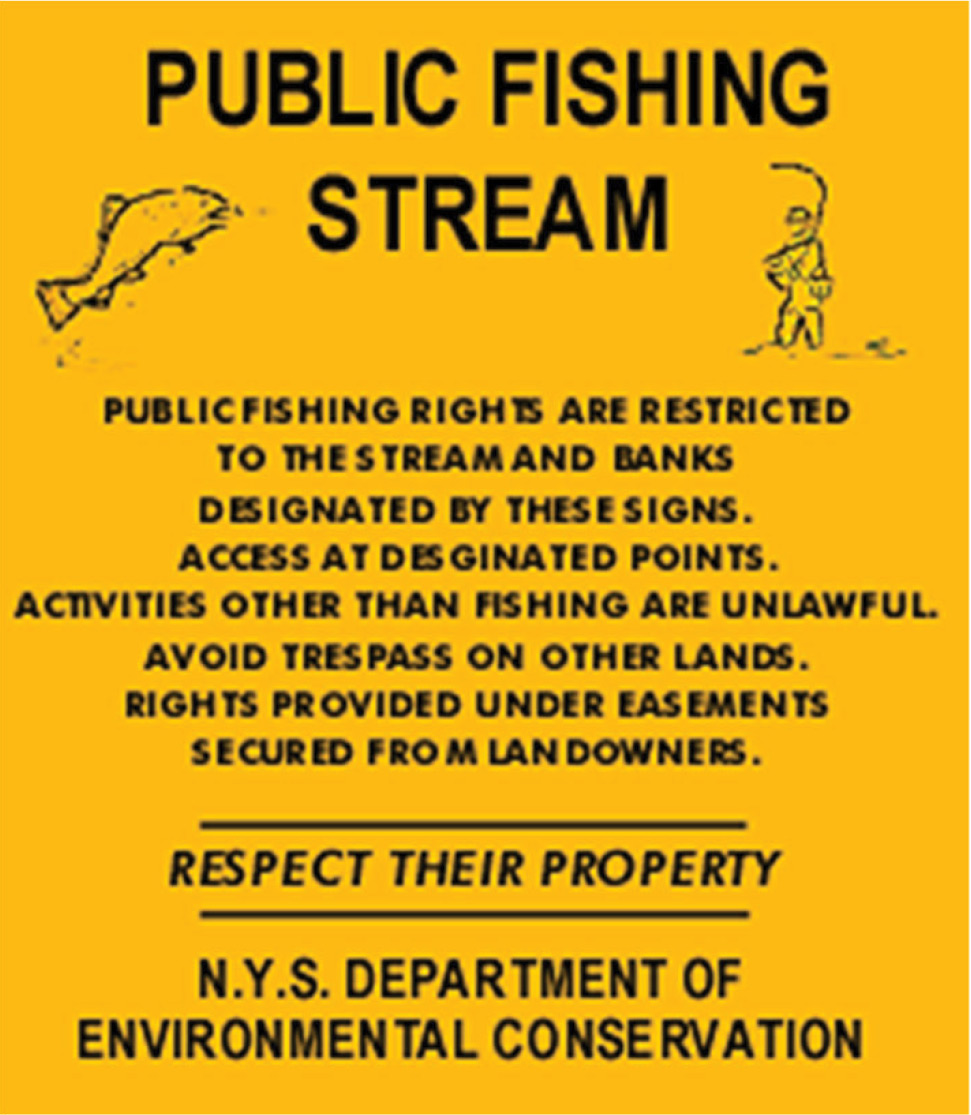 Saturday, May 21st is a Free Fishing Day in the hamlet, between the bridge and the fishing access site below the hatchery on Fishing and Heritage Day. Fishing licenses are not required at specified areas on that day only.

Join our team of Volunteers