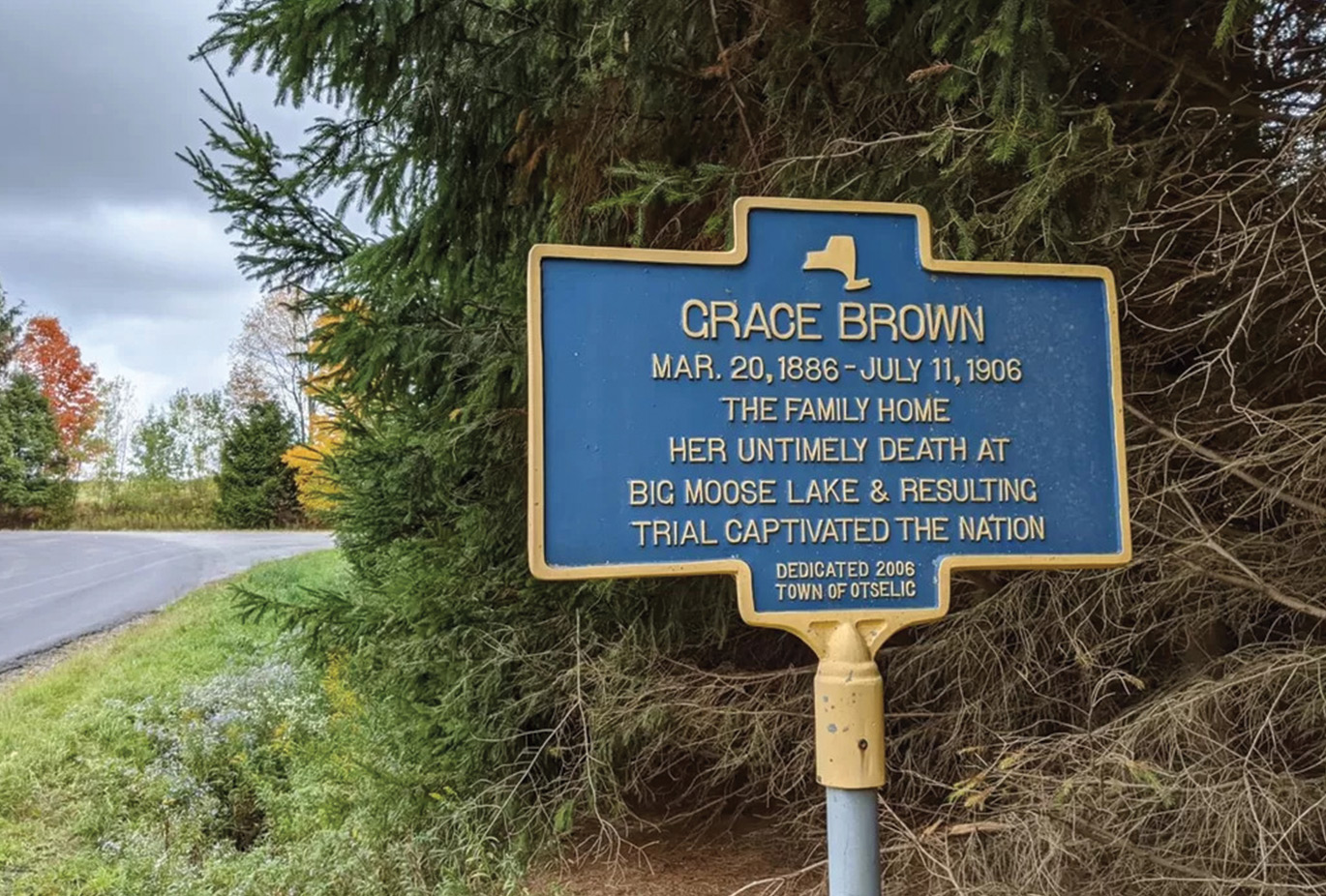 Join us for a special guided walk about the story of Grace “Billy” Brown. This 3+ hour walk will highlight her life, and tragic death in 1906, while exploring the natural beauty of the area she called home. Registered participants will meet at the United Methodist Church at 8:45am to take a short bus ride to Grace’s home place, where the walk will begin. We will NOT be entering the house on this tour. Please be sure to wear appropriate clothing, including sturdy footwear.

This program is possible as a result of a grant from The Roger W. Follett Foundation. We appreciate their commitment to Chenango County and its citizens. 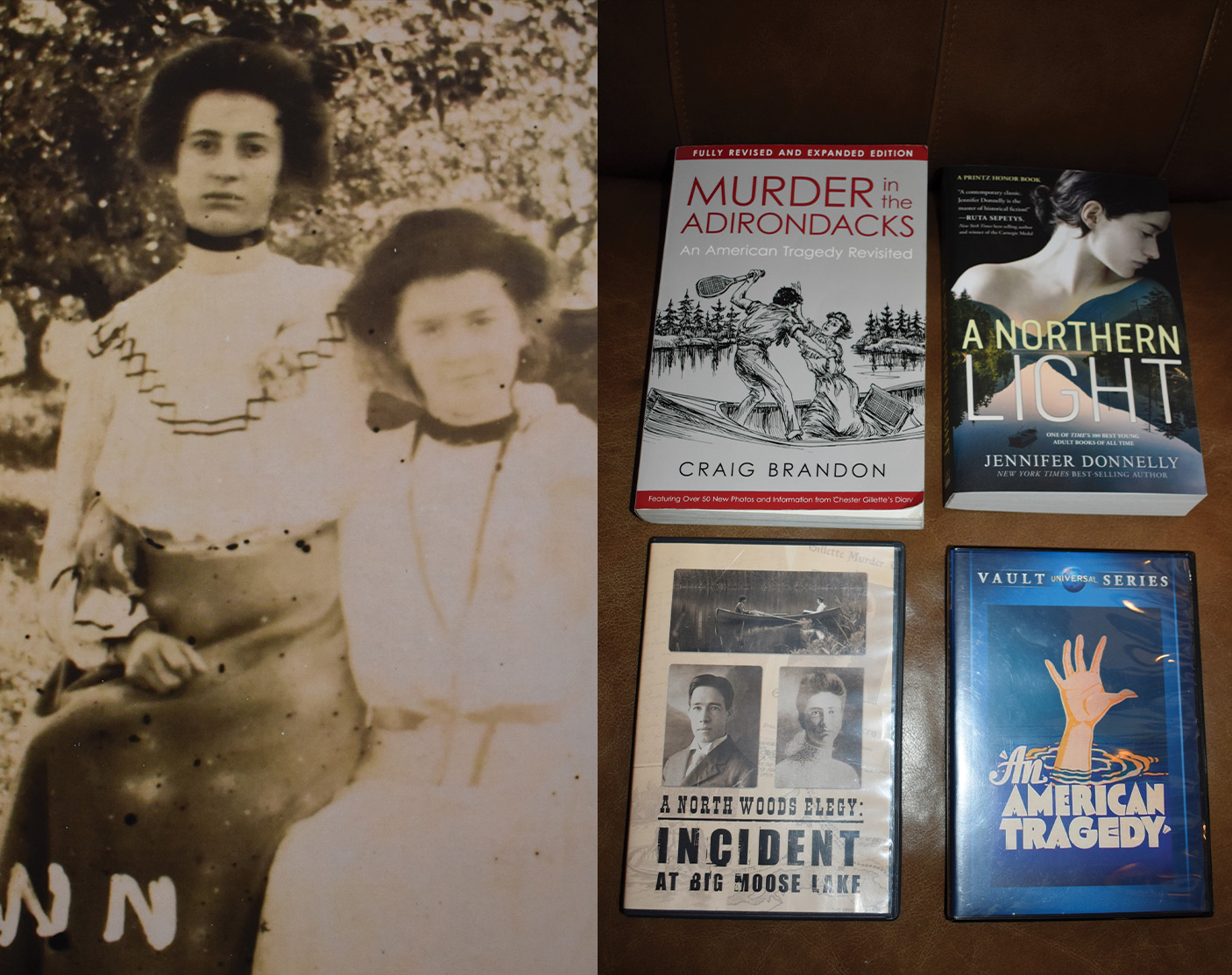 Copies of Craig Branson’s “Murder in the Adirondacks: An American Tragedy Revisited,” 2nd edition and Jennifer Donnelly’s “A Northern Light” will be distributed to folks who have already preregistered beginning at 6:00 pm. The actual program will begin at 7:00 pm. 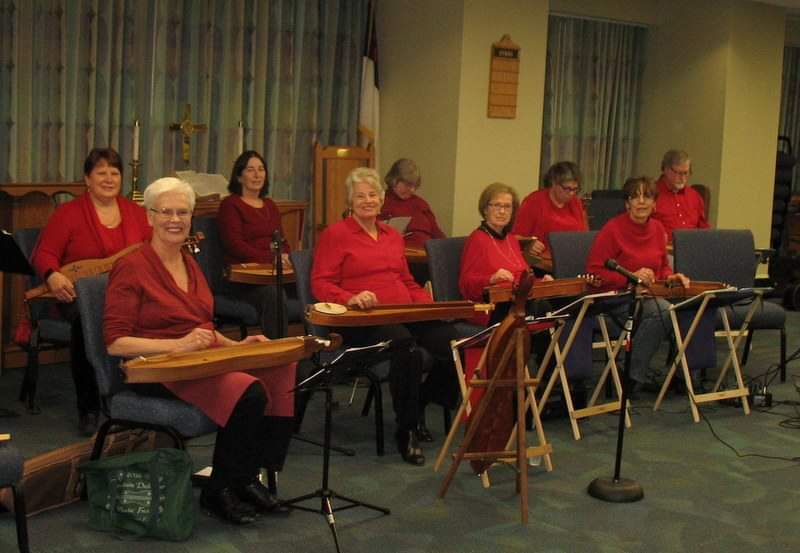 The Vestal Mountain Dulcimer Players, formed in 2010, includes members with a wide variety of musical background and talent, some with a few years to over 30 years experience. We play a large assortment of music including Celtic, Irish, old time music, folk, hymns and country. As a community service organization, we perform at local churches, nursing homes, community care centers, and have participated in larger community events such as Broome County Art Walk, Binghamton Porchfest, and the Roberson Museum's “Home for the Holidays”.   To learn more about the mountain dulcimer or if you are interested in learning to play, look us up on Facebook: Vestal Mountain Dulcimer Players.

“My Dear Chester”: this play presents Grace’s ten final letters before her tragic trip to the Adirondacks and the sensational trial that follows her murder. 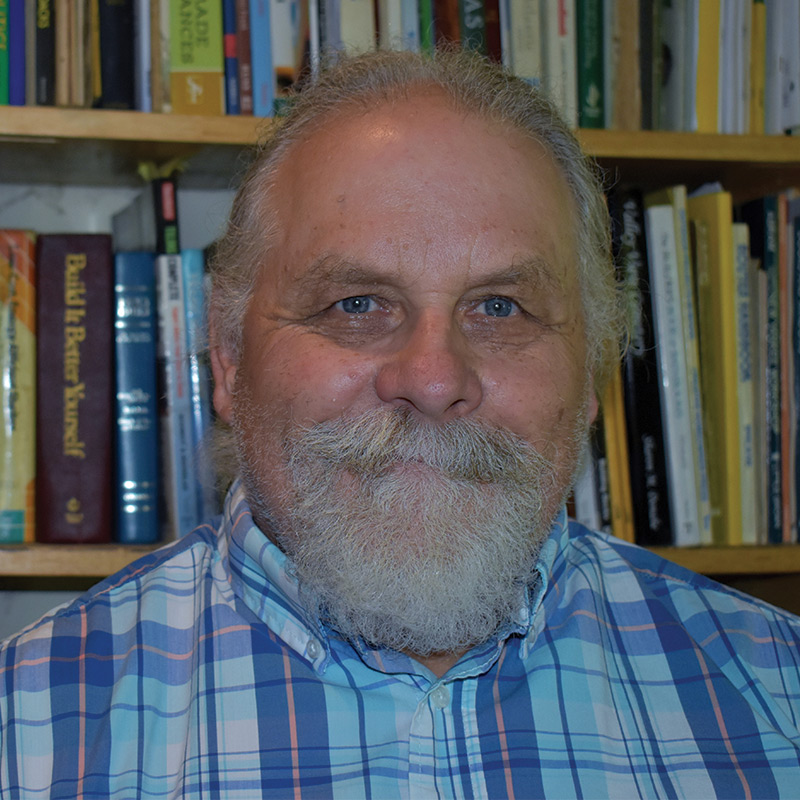 Throughout forty years of teaching English at Otselic Valley Central School and thirty years as an English adjunct at Morrisville State College, the Norwich Branch, Michael Foor-Pessin has utilized the tragedy of Grace Brown’s murder to not only delve into the complexity of the Brown-Gillette case, but, more importantly, to examine the alarming cycles of teen pregnancy and violence against women that are far too common in Chenango County. In April, 2006, he and his students organized a symposium at the Norwich campus entitled “The Grace Brown Murder Authors’ Retrospective.” Guest presenters were Jennifer Donnelly, Craig Brandon, and Joe Brownell. Jennifer Donnelly, author of “A Northern Light,” joined Foor-Pessin’s students the following day to discuss her novel and the challenges of writing effective historical fiction. Years later, in May of 2021, Foor-Pessin completed original research about another Otselic resident, Maude Wright, who, like Grace Brown, had her life cut short because of her pregnancy and an intolerant society. “Inmate #819: The Silencing of Maude Wright” was new research that was initiated by his students’ investigation in the spring semester of 2006. Also in the spring of 2021, he teamed up with playwright/director Jack Sherman to produce the short film “My Dear Chester” for the Otselic Valley Fishing and Heritage Association. The film starred Otselic Valley graduating senior Morgan Smith and concentrated on Grace’s final love letters to Chester. Both “My Dear Chester” and “Inmate #819” are available to be viewed on the Otselic Valley Fishing and Heritage website by going to ovfish.org. Finally, his most recent endeavor was made possible by a grant from the Roger W. Follett Foundation. Their generous money has allowed him and Jack Sherman to conduct a two session literacy program that once again sheds light on this famous case.

Jack Sherman has studied and lectured on the Chester Gillette-Grace Brown case for over forty years. He has written two plays based on the case: “The People vs. Chester Gillette”, and “My Dear Chester”, both produced by the Herkimer Historical Society and Ilion Little Theater. With Craig Brandon, he edited “The Prison Diary of Chester Gillette”, published in 2007 by the Couper Press at Hamilton College. In 2011, he consulted on and appeared in “A North Woods Elegy: Incident at Big Moose Lake”, a documentary film by Derek Taylor on the Gillette-Brown case. He consulted with Craig Brandon during the preparation of the revised edition of “Murder in the Adirondacks”, published by North Country Books in 2016. Most recently, in 2021, he directed “My Dear Chester”, a short film based upon his play, produced by the Otselic Valley Fishing and Heritage Association.

Join our team of Volunteers